Palmyra, a city in Roman Syria, flourished in the first three centuries CE. The city's wealth was to a large extent based on caravan trade between the Persian Gulf and the Mediterranean.

Epigraphic sources reveal that Palmyra, as any city of the period, maintained a city limit and a territory (chora). Palmyra, however is special in the respect that this territory did not border to that of other cities to the south and east, but extended a yet unidentified distance into the desert.

Caravans required large numbers, probably thousands, of camels, to be mobilized at certain times of year. This was only possible through cooperation with the nomads living in the desert south of Palmyra. The vicinity of Palmyra, however, was also home to sheepherding semi-nomads with much shorter annual circuits of transhumance. Earlier scholarship has sought the origin of Palmyra in the amalgamation of Aramaic speaking semi-nomadic groups in the northern Syrian Desert with Arabic speaking camel pastoralists to the south.

The present study surveys water sources in the Syrian Desert south of Palmyra. These are conceived as nodes in pastoral networks created through GIS- and network analysis. The results reveal which areas were suitable for sheepherders, and which required the use of camels. Juxtaposing the hydrological database with inscriptions and archaeological sites, the argument is made that we can not only identify zones of subsistence, but also the extent and nature of Palmyrene control with the city's southern hinterland. 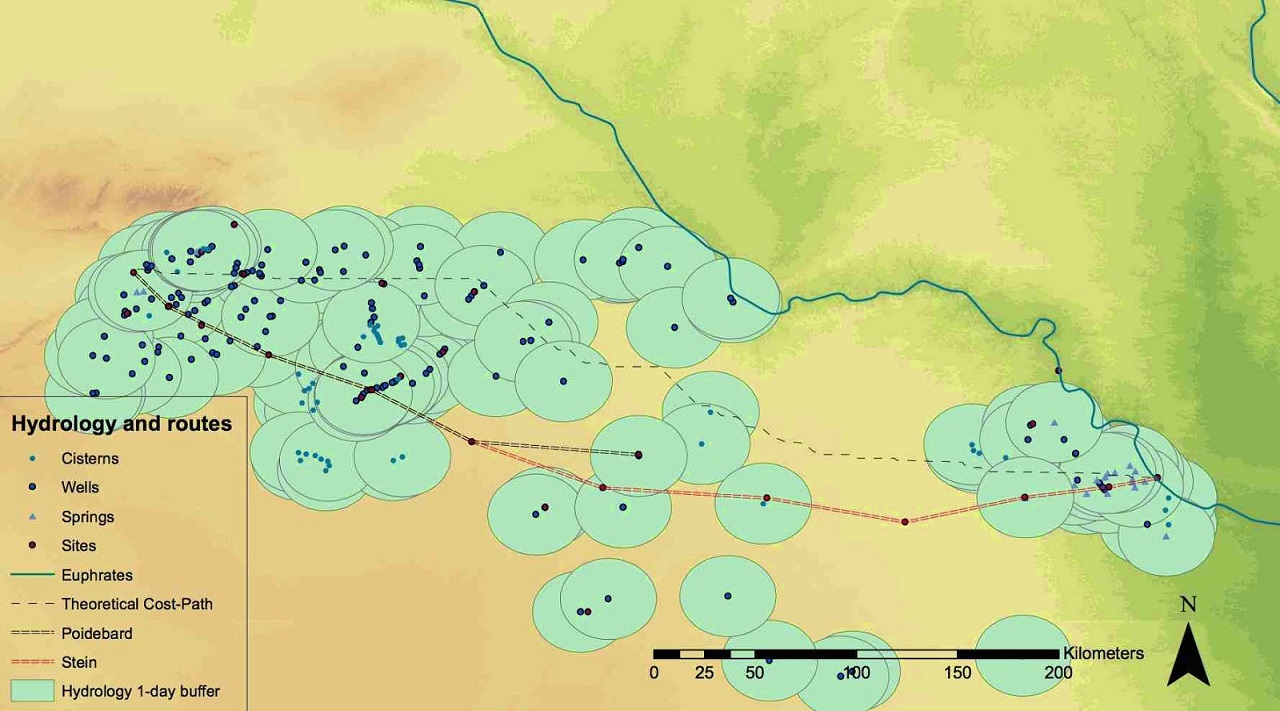