Live Keynote for the 4GAMECHANGERS-Festival of the Austrian TV stations Puls24 and ORF, 28 June 2022 (English translation)

"Technology breeds anarchy". Therefore, in the fourth volume of Frank Herbert's Dune series, the immortal god-emperor decides to freeze the development of mankind for more than 3000 years. Innovations are forbidden, technical progress no longer takes place.

In fact, we can discover such attempts at exnovation in human history. Beginning in the 1540s, the introduction of firearms by European traders to Japan contributed to aggravated internal strife and decades of civil wars. Huge armies were mobilized, large areas were devastated. Only after 60 years did some leaders prevail and took over power in the country as shoguns. They imposed a restriction on the imported innovation. Most people had to give up their firearms, which were melted down into statues of Buddha. Gunsmiths were only allowed to live and work in a few selected places under strict supervision. A further development of the weapon was forbidden to them.

It was only when the advance of new imperial powers threatened to turn Japan into a colony around the middle of the 19th century that the country opened up again to this pivotal innovation of modern times and introduced a modern army with the latest weapons. The price of this innovation was the collapse of the social order that had benefited from the containment of these innovations for over two centuries. The samurai either became soldiers in the new modern army or disappeared. After all, they were allowed to take their swords with them into the new, much more destructive war machines, right up to the kamikaze planes of World War II. 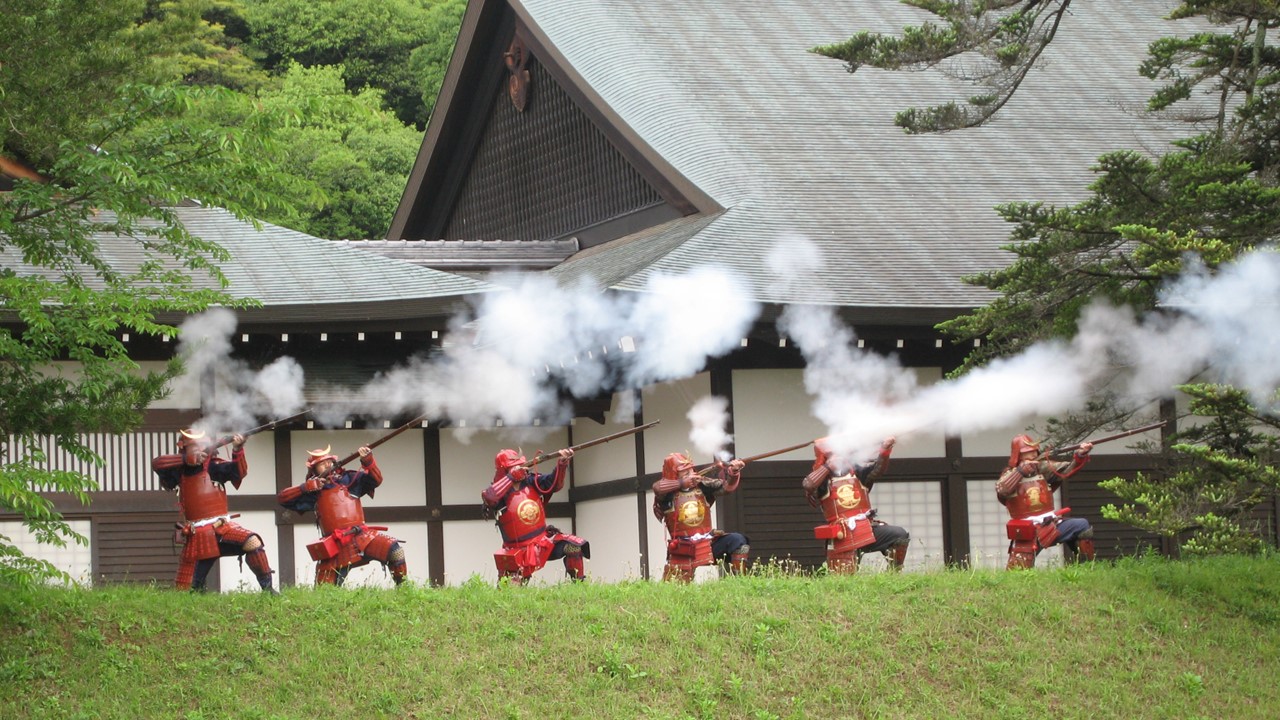 During the Second World War, in 1942, the Austrian economist Joseph Schumpeter also formulated his concept of "creative destruction". He wrote that economic changes fueled by innovation would contribute to the breakdown and destruction of existing structures and older forms of production. And this is necessary to ensure the efficiency and growth of the economy.

Schumpeter and other economists assumed that such creative destructions only started with the beginning of modern industrialization and capitalism 200 years ago and took place in waves every few decades, tied to key innovations such as the steam engine, the railway, the internal combustion engine or, most recently, the microchip . Thus it becomes clear that innovations do not only arise as answers to challenges or crises, but in turn could become the roots of new crises. Because in those branches of production that are suppressed and destroyed in these acts of creative destruction, mass unemployment, social misery and crises can occur that severely shake the affected societies.

In the longer term, we are also only now beginning to understand that the dependence of the key innovations of the 19th century on burning fossil fuels is at the root of the climate crisis we are facing today. 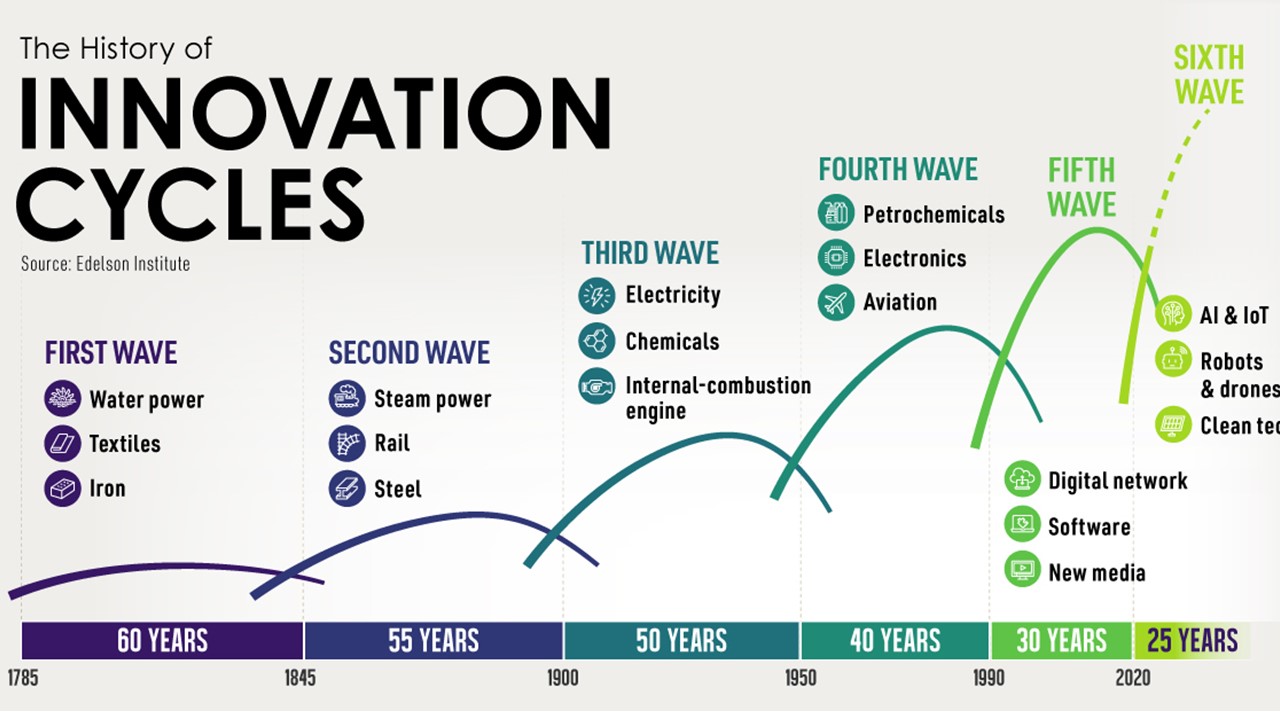 The German sociologist Ulrich Beck wrote in his book “Risk Society” that in modern society the production of wealth and prosperity is increasingly accompanied by the production of unplanned and unexpected risks that affect society as a whole. It is no coincidence that this book was published in 1986, the year of the Chernobyl reactor disaster. Japan, too, embarked on this path of a modern risk society when it opened up to the innovations of industrialization in the mid-19th century, which reached a new peak in 2011 with the Fukushima reactor accident.

In my research, I try to extend this concept of risk society to the last 10,000 years since the beginning of the Neolithic revolution. Already with the transition to agriculture and a sedentary lifestyle, new dependencies on the yield of their crops and new vulnerabilities to climatic fluctuations, pests and other factors emerged for human communities. Likewise, the closer coexistence between humans and the pets they domesticated helped make it easier for pathogens to cross the interspecies barrier. As paleogenetic research has shown in recent years, many of the infectious diseases that plague us to this day only emerged in the millennia since this essential cultural change. These pathogens also migrated as uninvited guests on the land and sea trade routes that connected different parts of the world ever more closely, causing pandemics. 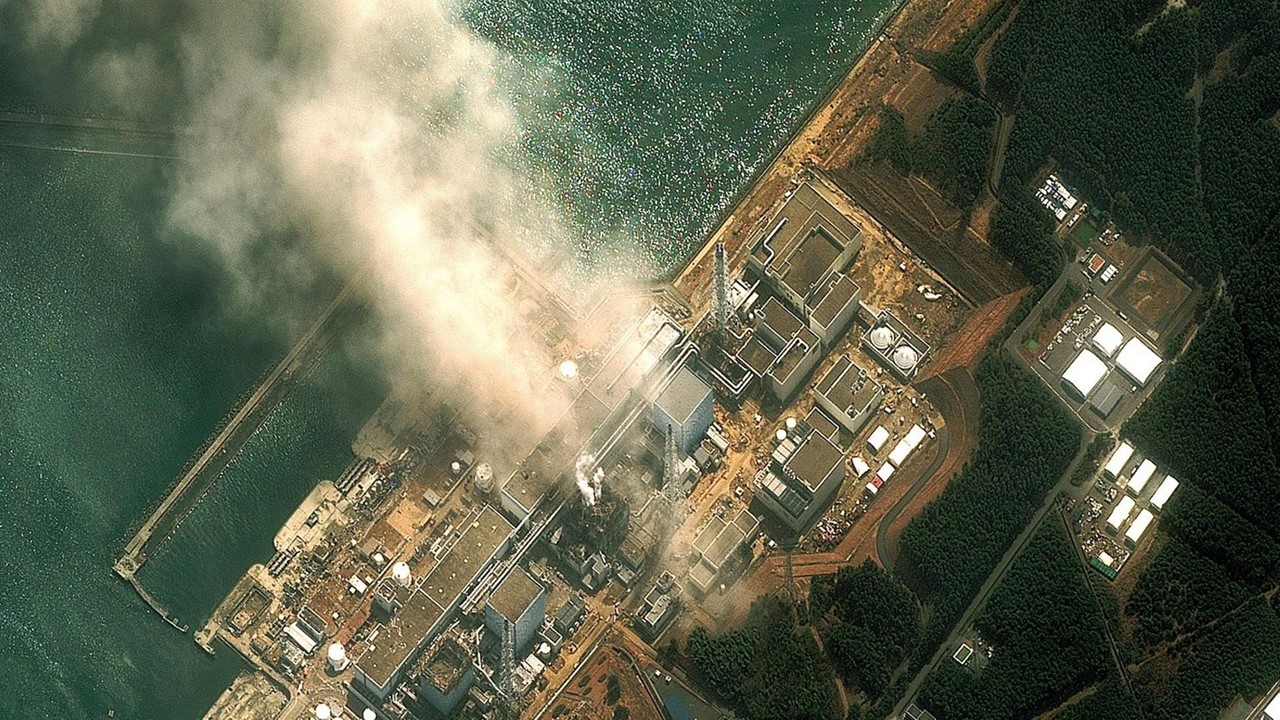 This makes it clear: human progress and innovation are not possible without risk. Yes, risk may even be an incentive to venture across the ocean. However, in our admiration for Christopher Columbus, for example, we should not forget that his "discovery" heralded a process of outsourcing the social and ecological costs of Western Europe's economic growth to an increasingly large “oversea”, where "cheap nature" and "cheap labour", even in the form of slavery, were exploited. And to this day, the remnants of our latest innovations continue to devastate communities and communities across West Africa in the form of e-waste. Historical research has for too long worshiped dubious heroes whose achievements have benefited the few but contributed to the misery of many – and it is only in recent years that some of their monuments have been toppled.

I don't want to be a spoilsport for the GameChangers here. Innovation is essential to human progress, and inventiveness should be rewarded and admired. As technology assessment teaches us, "technical progress is necessary to overcome the negative consequences of older technology." However, these innovations will also have "not only desirable but also unintended, sometimes surprising and often undesirable and problematic consequences". However, we do not have an all-knowing God-Emperor assessing all possible mid- and long-term implications, costs, and risks. 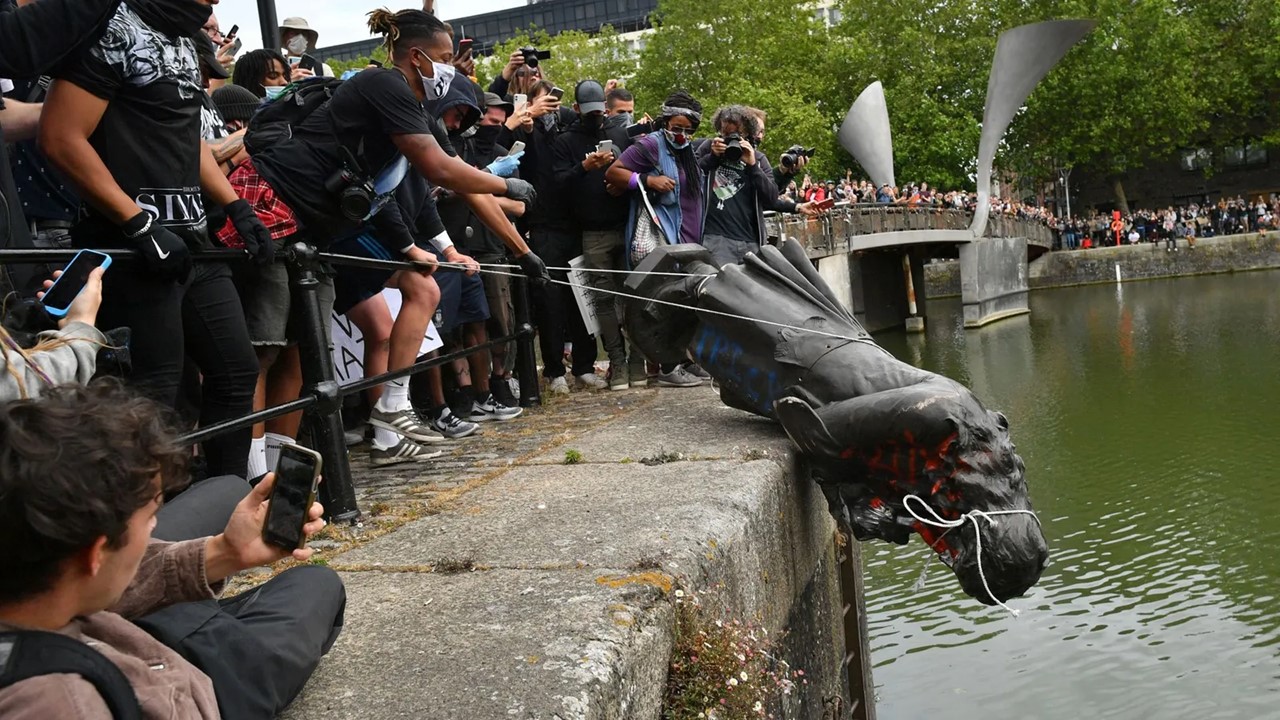 But perhaps we can agree to change the rules of the game so that its time horizon does not end where all profits have been distributed and all patents and warranties have expired. The technology philosopher Bernhard Irrgang advocates “long-term responsibility” as a sign of sustainable development. It is not enough for an innovator to say “where I am is in front” – and behind me is the deluge.

Nevertheless, “long-term responsibility” is maybe a too grandiose term. But perhaps, in our own interest, we can agree that we are in a legacy game, where every change in the game profoundly alters the game board – for everyone connected in the game, with enduring repercussions for every subsequent game that is played. Historical research explains why the game board looks the way it does now - but also points out that many more people have always been involved in this game without being asked than those who drive the game. In the modern globally networked technosphere, this is all 8 billion people on our planet.

Thus, every decision, every choice of the players not only affects their own development path, but also the development path of all people who are entangled in this game without being asked. We must at least try all the more carefully to fathom which path is linked to which possible effects - in a time horizon that extends beyond credit terms and legislative periods to the end of this century, perhaps even into the time periods that the god emperor of the desert planet has an overview of. Because we are just about to leave the climate corridor in which we have found ourselves for the last ten millennia, in which complex human societies and innovations were possible at all. 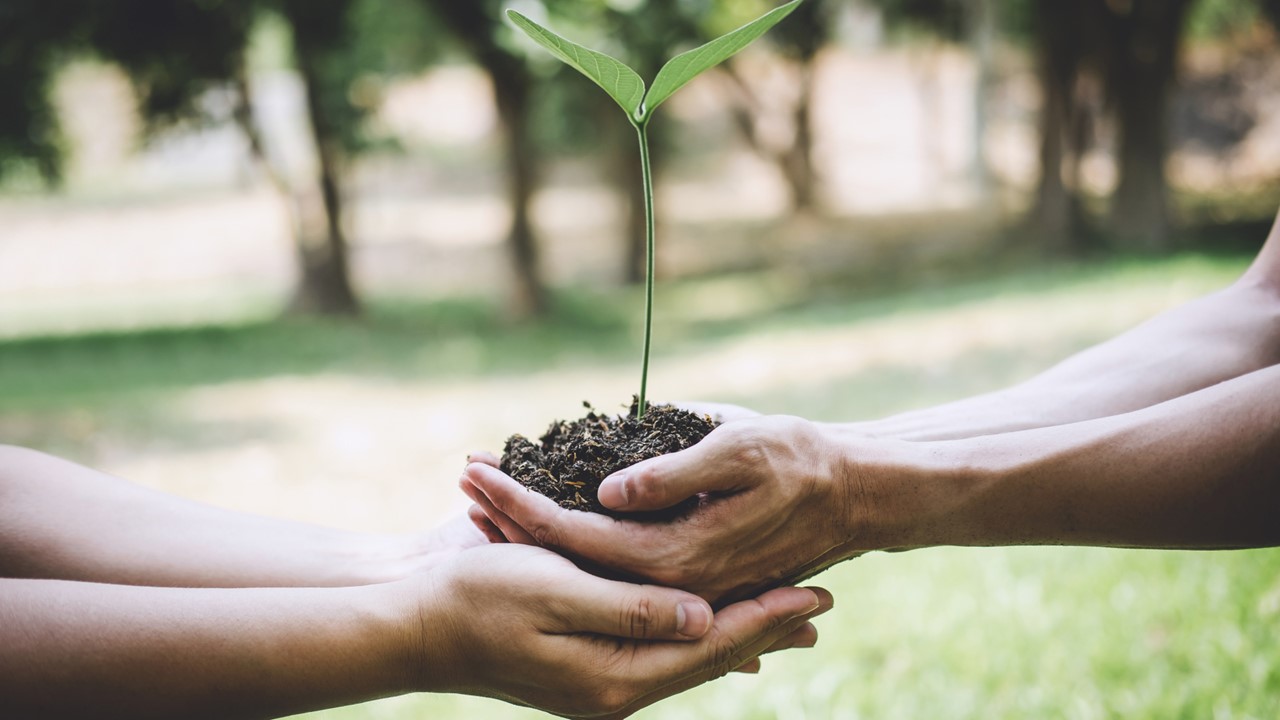